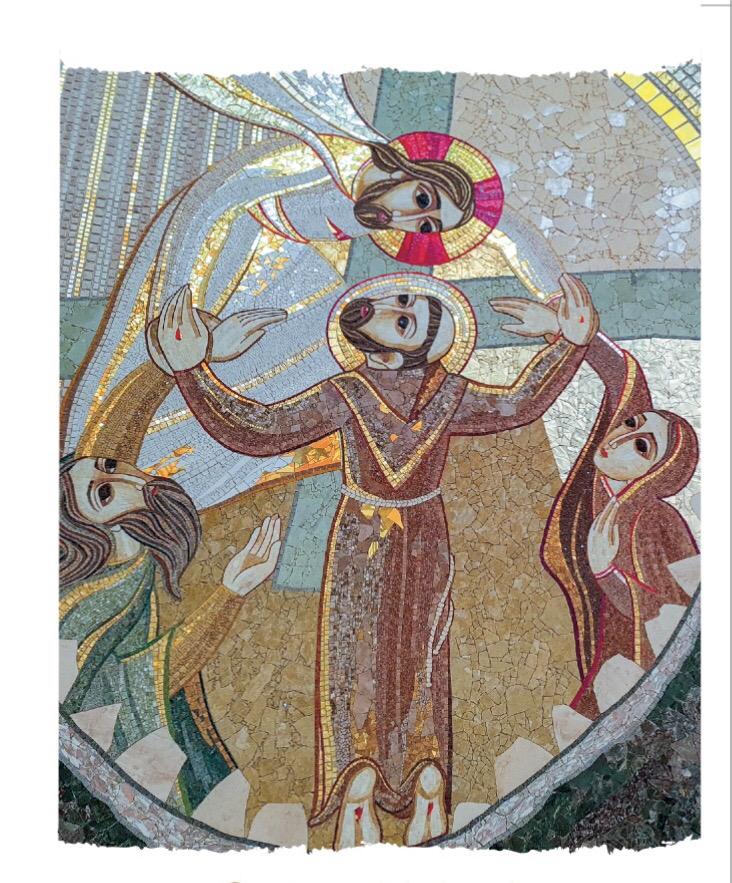 The apostles followed Jesus for three years and even left their works and families for His sake. They listened to His talks day after day, shared their time with Him and witnessed to His miracles. One could say, they had many occasions to get to know Jesus as a person. However, He remained a puzzle to them, until the last day of His earthly life. They followed Him all the time, but yet some of His actions scandalized them and remained obstacles to their knowledge. Whenever Jesus tried fully to reveal His person to them, they would be astonished and surprised, unable to follow His thoughts, as that was not how they perceived Messiah. When He began to talk to them about His arrest, condemnation and death, this was not something they were able to understand, they rejected this idea and Peter, probably moved not with his own ideas, but with reactions of the others too, he began to drive Jesus away from that idea saying to Him: God forbid, Lord! No such thing shall ever happen to you!  (Mt 16: 22) On the occasion of Transfiguration of the Lord, when three apostles (Peter, John and James), were with Him, Jesus foretold His resurrection to them and forbid them to talk about it before this happens, and they were silent about that, but yet they were astonished and were questioning what rising from the dead meant. (Mk 9: 10) They could not understand this either. We could summon this up by saying – what the apostles have heard from Jesus in the time when they followed Him, what they saw in Him and around Him, all the experiences they had in any way – this all had made them think it was someone Great, but that was not the whole Christ.

The apostles were going to meet the whole Christ only after the Resurrection when Jesus appeared to them as the Risen Lord with the wounds he got on Good Friday, when He appeared completely, giving them at the same time the Holy Spirit that would introduce them to the whole truth of all the words He said during His earthly life. Only then the apostles and all other disciples got to know that Messiah had to go through passion and death first to obtain His glory.

We have much more than the apostles had during Jesus’ life. They had Christ that was not glorified yet, whom they were not able to know completely as He was not fully revealed to them, it was Christ who still had not completed the work of human salvation, who did not dwell with them day and night in the Eucharist. What about us? We were given the opportunity to live in the time after God, through Christ’s sacrifice, wiped away our guilt and gave us the perfect love and perfect mercy, something that Paul talks about in the Letter to (cf. Heb 8: 11-12). Each day, just within the reach, we have all preciousness of this world and entire universe. In our midst, we have the permanent, saving presence of our Lord, born of Mary, crucified and tormented for us, risen and given to us in the bread of life. This is Christ, fully revealed, crucified and risen, permanently present among us in the Eucharist.

Yet, the resurrection of Jesus is longing for our resurrection too. Only when the entire Christ’s mysterious body is risen, this work would be fully completed. Just as Christ’s suffering, according to St. Paul (cf. Col 1:24), lacks our suffering, so his resurrection lack our resurrection too. My wish for you all is that, at the end of the time, we may – with our joyful resurrection – take part in the complete resurrection and final God’s plan. We have a very serious, daily task ahead to become conformed with our Lord in many afflictions, even in this severe pandemic, so one day we could become one with Him in resurrection. Instead of judging the behaviour of others, let us have courage to judge ourselves first (cf. Mt 7:3-5; Lk 6:41-43); for nothing and no one can replace our own personal responsibility. In that spirit, may you all have blessed Easter!